With the exception of a few oddball blog posts, I would call myself a fairly normal person. I work, I raise my kids. I enjoy books and movies.

At Christmas we enjoyed watching “It’s A Wonderful Life,” but I was distressed to find out later that according to the FBI, it’s a bunch of communist propaganda. One of its memos complained, “this picture deliberately maligned the upper class, attempting to show the people who had money were mean and despicable characters.”

When I’m not being brainwashed by agitprop, I exercise by riding my bike and going to the gym. I try to eat plenty of fruits and vegetables. Apparently that also makes me a pinko. A red. A foot soldier in the coming socialist revolution. You think I’m exaggerating, don’t you? Think again, friend.

When Rob Ford was sworn in as mayor of Toronto (despite various controversies including a DUI, and a sleazy social media campaign, and calling cyclists “a pain in the ass” and saying when they get killed “it’s their own fault“), he did a classy thing by having Don Cherry come and speak.

Don Cherry wore that pink suit, saying, “I’m wearing pinko for all the pinkos out there that ride bicycles and everything.” (Okay, maybe Ford is not so classy.)

Oh, we’re pinkos! I was badly misinformed, because I thought capitalists preferred the market to take care of things. You know, like the highway system: 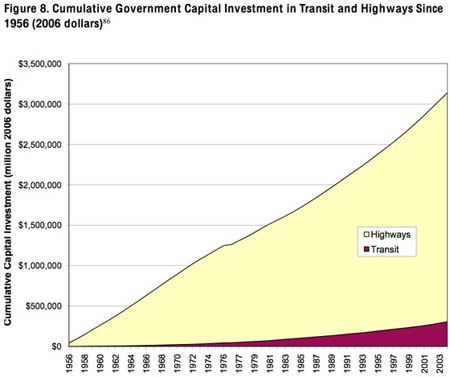 (Er, wait. That is a program.) Well, never mind. Anyhow, the point is, if you use those roads for anything other than cars, you’re a pinko.

Oh, right. Asparagus. LA Fitness. Priuses. Balsamic vinegar. Mandatory subscriptions to Men’s Fitness. And that’s just not the Rush Limbaugh/Rob Ford/Don Cherry way, especially since it’s doubtful any of them could even fit in a Prius.

But Ken isn’t the only one keen to the left’s crypto-vegetarian agenda. Rep. Paul Broun of Georgia is onto them, too:

Writing in Slate, Dahlia Lithwick lampooned “The dreaded broccoli uprising and other freaky GOP nightmares,” but noted that “a goodly amount of the conservative complaints about healthy food are thinly veiled slurs on women in general and Michelle Obama in particular.”

, I’m just going ride my bike, watch my movies, and eat my broccoli. I might also write a couple of postcards to Ken Cuccinelli and Paul Broun.

The message? The asparagus is coming for you.

2 thoughts on “Vegetables and Bicycles: The Red Menace”